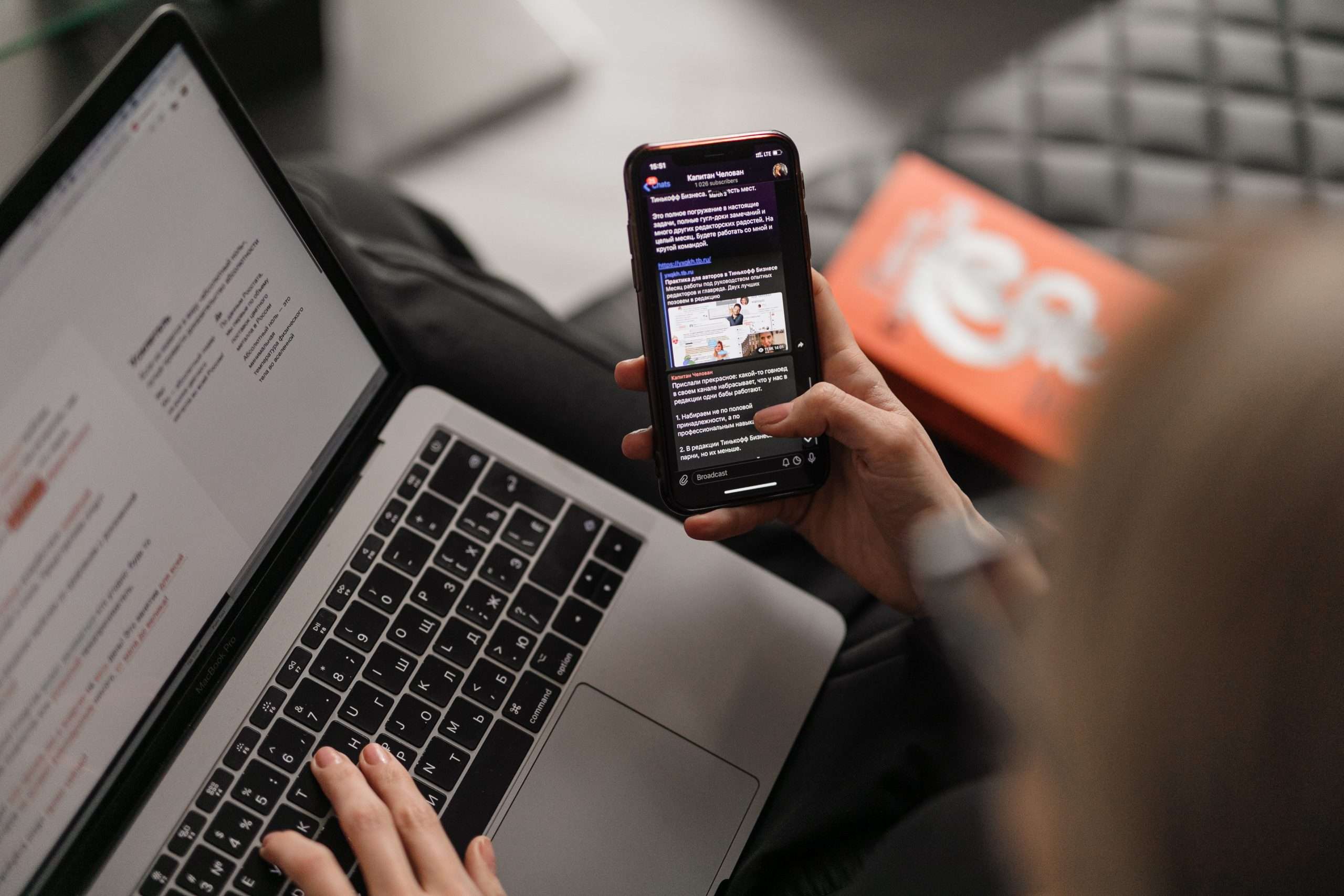 What Does Continuous Scrolling Coming to Mobile Mean for PPC & SEO?

On Thursday the 14th of October, Google announced that continuous scrolling is coming to mobile. Initially only on English-based searches, the update is being gradually rolled out across most search engine results pages (SERPs) in the US.

As with all Google updates, a whole host of questions have arisen in the wake of the announcement.

Will Continuous Scrolling Be Rolled Out Internationally?

It depends. As with most Google updates, they’re often tested in one region, typically the US gets to be the guinea pigs. If the tests are successful, the likelihood of continuous scrolling on mobile search being rolled out internationally increases.

Is This the End of Google Search Results Pages?

No. At the time of writing this is a mobile-only feature. We’ve not seen the end of pagination just quite yet.

What Does Continuous Scrolling Mean?

Continuous scrolling, known otherwise as ‘Infinite Scroll’, is nothing new and has been incorporated within modern websites & apps for years. It’s something we’re all familiar with already, almost every social media platform uses some form of infinite scroll, with many content publishers getting on this trend too.

Despite sounding like a powerful item in a video game, the benefits of infinite scroll are far more than just superficial. When well implemented it can increase the time a user spends on a page, the number of ads they’re subjected to, or the amount of content they consume. Depending on the industry, increasing any one of these metrics could be critical to meeting the demands of the business so the benefits of adding infinite scroll shouldn’t be overlooked.

The simplicity of the change is almost funny. By removing a “next page” button, a user could potentially scroll through a website or app forever, provided the content is engaging enough. Whilst this isn’t the main aim for Google, as their primary objective is to provide the best answer for a user’s query, major social media brands such as Instagram, and more recently Tik-Tok, thrive off it.

With all these obvious benefits, the question of why has it taken Google so long to add continuous scrolling remains unanswered. Tech companies are usually very proactive when it comes to “reinventing” their competitors’ best features. Just look at how widespread “Stories” are in social media since Snapchat came onto the scene or how Instagram and YouTube now are piggybacking off the success of Tik-Tok.

How Will the Look of Continuous Scrolling Change Google Searches?

With this information, one could argue that rather than introducing continuous scrolling, Google is simply making the current results pages longer so anything potentially up to page four could be considered to be on the first page. The seemingly biggest winner from this update will be those whose websites are currently ranking organically at the top of page two, which brings us on to our next point.

What Does Continuous Scrolling on Mobile Mean for SEO?

As we’ve already mentioned, the biggest benefactors of these changes will be those websites sitting around positions 10-20 in the search results. Those already on the first page shouldn’t see so much of a death sentence by dropping down to positions normally found on page two and those towards the top of page two should see a natural increase in traffic. This in turn could help boost their rankings higher as more and more users start to spend time on the site so it could even create more fluctuations of rankings as more metrics based on user activity come into play.

However, this doesn’t mean that you can ignore SEO if your website is in the top 40 results, as this change is only planned for mobile, being well optimised for desktop remains crucial, particularly within B2B industries which are still dominated by desktop browsing. If you’re having difficulty bringing in organic traffic, we know some SEO professionals that could help out…

Shameless plugs aside, at this point it remains to be seen how many of the current SERP features such as the knowledge graph, additional questions, or the maps pack will be utilised further down in the search results or whether these will still be confined to the traditional first page. The sceptical ones among us might even suggest that this new feature isn’t designed to benefit organic search results but rather to help increase Google’s ad revenue, let’s address the gold-plated elephant in the room.

What Does Continuous Scrolling on Mobile Mean for PPC?

So far everything seems rosy; this seems like a change that will benefit everyone from users and advertisers to Google themselves. Whilst Google will undoubtedly benefit from this change, will everyone else? Google’s Mohamed Farid had this to say:

So the simple equation isn’t so simple, more impressions but clicks and conversions to remain the same? Something doesn’t quite add up here. This could be explained by the bottom ads being even further down (four pages, to be precise) and are therefore viewed by less people. However, I refuse to believe that Google, one of the biggest companies in the world, would knowingly make their ads less effective. One of the main pulling factors of Google Ads is the almost guaranteed return on investment, they take great pride in being able to give their customers an idea of exactly how much they will get in return for advertising with them.

Furthermore, this statement makes you wonder where exactly ads will be placed in the future. More specifically, with bottom ads receiving fewer impressions, will there be a new focus on “middle ads” that appear in the middle of a results page? It seems unlikely that Google would do anything to reduce the number of overall impressions that ads receive as that would directly impact their bottom line. More likely, we may well see ads being spread further throughout search engine result pages and will continue to disguise them with slight UX tweaks designed to help assimilate them within the organic results, perhaps even tricking a few into believing it’s one of them.

Congratulations if you’ve continuously scrolled to the bottom of this article. Repeat Digital is a digital marketing agency based in Long Eaton, between Nottingham and Derby. We create expert paid search, paid social and SEO strategies designed with your ROI in mind. We work across a multitude of platforms and CMS’s. Get in touch with us to find out how we can help your business.

← Introducing the new Repeat Digital 4 red flags to look out for when choosing a Digital Marketing Agency →
We use cookies on our website to give you the most relevant experience by remembering your preferences and repeat visits. By clicking “Accept All”, you consent to the use of ALL the cookies. However, you may visit "Cookie Settings" to provide a controlled consent.
Cookie SettingsAccept All
Manage consent